Home » blog » The Evil Effects of Chlorinated Water of Pool
0

The Evil Effects of Chlorinated Water of Pool 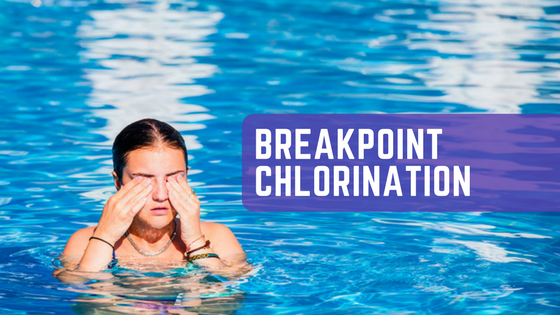 Don’t let the pool cleaner get you! The older kids said as I began the slow walk towards the end of the diving board, suddenly remembering the children from The Goonies as they were forced to walk the plank upon that legendary pirate ship. Even though I wasn’t literally being forced by threat of death but rather peer pressure from my older brother’s friends, at that moment it seemed as if I had no other choice. And regardless of the fact that our diving board was only hanging three feet above the water, it felt like at least one hundred miles high. I was only six years old and the fear of this underwater monster was very real. If it grabs a hold of you it will suck you up just like the boy in the chocolate river from Charlie and the Chocolate Factory, I heard their reminders echo inside my head. Afraid to jump, and even more afraid to back out now, I closed my eyes, held my nose, and leapt into the air.

As I cannonballed into the water, I opened my eyes fighting back the stinging pain in order to better see the blurry being that lurked below. The rhythmic beating of its heart was amplified as I sunk closer to the bottom of the abyss that was my swimming pool. The long winding snake-like body and powerful suction mouth will eat me alive if I get any closer. Or so I thought as a young boy learning how to swim alongside our new pool vacuum cleaner. However, it turns out that the biggest threat to swimmers isn’t the vacuum resembling the Loch Ness monster or even the dirt and bacteria it eats up but rather the water itself. And I’m not talking about the very real danger of drowning that kills about ten people a day in the United States (Centers for Disease Control and Prevention 2016). In fact, I am suggesting that the chemical chlorine which is used to protect us from bacteria in swimming pools may be causing more harm than good. That lingering, stinging feeling you are left with after opening your eyes in your swimming pool is the least of your worries.

Although chlorine is very effective at sanitizing, oxidizing, and deterring algae growth in your pool, recent studies have demonstrated some serious adverse effects of this pool chemical. For example, chlorine is a known carcinogen and exposure to chlorinated pools in young children may cause varying allergies and asthma related issues. The risk of these side effects increases when a chlorinated pool is indoors as well. This is because buildings trap in a chemical by product of chlorine that would otherwise be released into the atmosphere called nitrogen trichloride.

Nitrogen trichloride is created when chlorine is mixed with ammonia which happens frequently anytime a person sweats or urinates in a chlorinated pool (Love, 2017). Breathing in this dangerous chemical can cause damage to the lining of the lungs which in time could result in more serious breathing issues. Furthermore, children are not the only ones at risk of developing lasting negative conditions from chlorine. Research shows that adults exposed to too much chlorine can experience reproductive issues and pregnant women can pass on birth defects to their newborns (Love, 2017). As troubling as all this sounds, there are some basic precautions one can take in order to limit the potential danger of chlorine exposure without replacing your current pool’s infrastructure. Because anyone who has seen National Lampoons Christmas Vacation knows, pools are an expensive business. There are several pool safety tips for kids that you can consider for your safe swimming experience.

Clark,the main character played by Chevy Chase, spends the majority of the movie worrying about whether or not he is going to receive his annual Christmas bonus, which he is solely depending on to fund his in-ground pool backyard project. The movie also alludes to an American culture which values the fun and relaxing atmosphere brought on by owning a pool. It appears to be every family man’s dream, to be able to step out the back door on a hot Saturday afternoon after a hard week’s work to float around on an oversized blow up floaty while enjoying a cold beer. Okay, back to reality.

Here are some quick tips to protect from Chlorinated Water

Shower before and after entering a chlorinated pool. Showering before going into a pool seems a bit weird but it will help to reduce the amount of consumer products such as shampoo, body lotion and sunscreen that negatively react with the chlorine in the pool causing even more harmful chemicals to be emitted into the air you breathe (Love, 2017). Showering after swimming in a chlorinated pool will help to limit the amount of chlorine fumes that linger on your body as well as decreasing the chances of permanent wrinkles caused by chlorine (Love 2017).

Lastly, drink plenty of water to ensure proper hydration before swimming but remember, never, ever, pee in the pool. Not only is it disgusting, but also for the safety of you, your friends and your families wind pipes, because chlorine and urine don’t mix well.

For the readers who feel discouraged and saddened to find out that their plans to build a swimming pool may be causing their family more harm than good, rest assured because none other than NASA has got it figured out. A new technology has discovered a way to almost entirely eliminate the need for chlorine in swimming pools using mineral ionization. This method uses a patented water flow chamber to create copper and silver ions which are then pumped into the pool (Clear Water Pool Systems 2017). These newly formed ions help to eliminate bacteria and prevent the growth of algae without the harmful side effects of heavily chlorinated water.

In addition, the silver and copper ions remain in the water to constantly purify the swimming pool until the point where the bacteria that is acquired through this process begins to clump together and is then filtered out (Clear Water Pool Systems 2017). This innovative approach to water purification will surely change the way people view pool sanitation. Unfortunately, it doesn’t do much for any young swashbucklers out there afraid to walk the plank to inevitably face the vacuum monster that lives beneath the crystal clear water in your own backyard.

Reasons To Invest In A Swimming Pool

Related Articles
We will be happy to see your thoughts

mypoolvacuum.com is a participant in the  Amazon affiliate program. Earnings are attained in the form of advertising fees and by establishing a link with Amazon.com.

All the details and particulars mentioned on our website is a pure source of attaining knowledge with the motive of education. It is in no ways a substitute for any kind of professional medical help or treatment. Thus you need to seek advice from your own medical practitioner for any sort of question that may arise in your mind regarding the treatment and information.